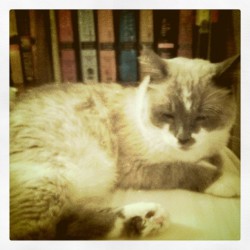 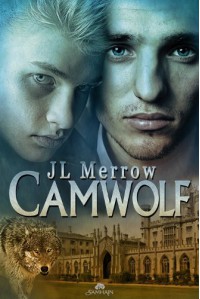 My very favorite thing about this book was the atmosphere. It's set at Cambridge, and the descriptions of the college they're at and the town and surrounding lands are fantastically vivid and gothic and great.

I also really enjoyed that the story was told both from Nick's POV and from Tiffany's. I know that some other reviewers didn't like this, either for the perspective shifts, or for the vastly different views that the two had. I actually liked the perspective shifts (I could only handle being in Nick's head for so long...) and I liked that Nick and Tiffany each helped us understand more about Julian than we could have if only one of them was the narrator.

Now, what I didn't like so much: I didn't like that I spent most of the book not liking any of the characters. Nick at the beginning is just so filled with self-loathing and fear that it was depressing being in his head. And Tiffany being in love with her gay best friend and hoping he'd change his mind and love her back made me feel so embarrassed for her that it was uncomfortable being in her head. And Julian just seemed so self-involved and clueless about everything that I wasn't sure I WANTED to know more about him.

I'm glad I stuck through the first 2/3 or so of the book, because the last bit is when I finally started liking the characters and actually hoping that they would find a way to get over themselves and be happy.

So, overall, a unique take on werewolves set in a beautifully vivid gothic atmosphere, with characters that I learned to love as they learned to love themselves and each other. Idk if I'd read it again, but I'd definitely recommend it just for the setting alone.
Tweet